Upgrading my system ( we used to have a tech board but that seems to be gone now) and was looking for input on a flat screen vs curved besides price point? Plus and minus? Do you own a curved, how do you like it. Thanks

We’ve had a few discussions on the Facebook group but not sure if all those same people are here. Let me grab some links of what people have put up and go from there.

Some things to look at aren’t really the curved feature per se, rather what support the monitor has with respect to your video card features, and refresh rate capabilities. Don’t get me wrong, I love my LG ultrawide curved for the curved view as well, I just could’ve easily been happy with a flat if it had the same features. Apparently the curved lowers some postural and eye strains

FreeSync (Radeon) vs gSync (nVidia) are contributors to my purchase choice. I use Radeon currently, and the curved LG ultrawide had freesync built in while the flat did not so I shelled out the extra 150-200 bucks.

FreeSync is an adaptive synchronization technology for liquid-crystal displays that support a dynamic refresh rate, aimed at reducing tearing and stuttering caused by misalignment with content's frame rate. FreeSync was developed by AMD and first announced in 2014 to compete against Nvidia's proprietary G-Sync. It is royalty-free, free to use, and has no performance penalty. FreeSync dynamically adapts the display refresh rate to variable frame rates, which result from irregular GPU load when...

G-Sync is a proprietary adaptive sync technology developed by Nvidia aimed primarily at eliminating screen tearing and the need for software alternatives such as Vsync. G-Sync eliminates screen tearing by allowing a video display to adapt to the frame rate of the outputting device (graphics card/integrated graphics) rather than the outputting device adapting to the display, which could traditionally be refreshed halfway through the process of a frame being output by the device, resulting in sc NV...

Using gSync is possible on some freeSync monitors : 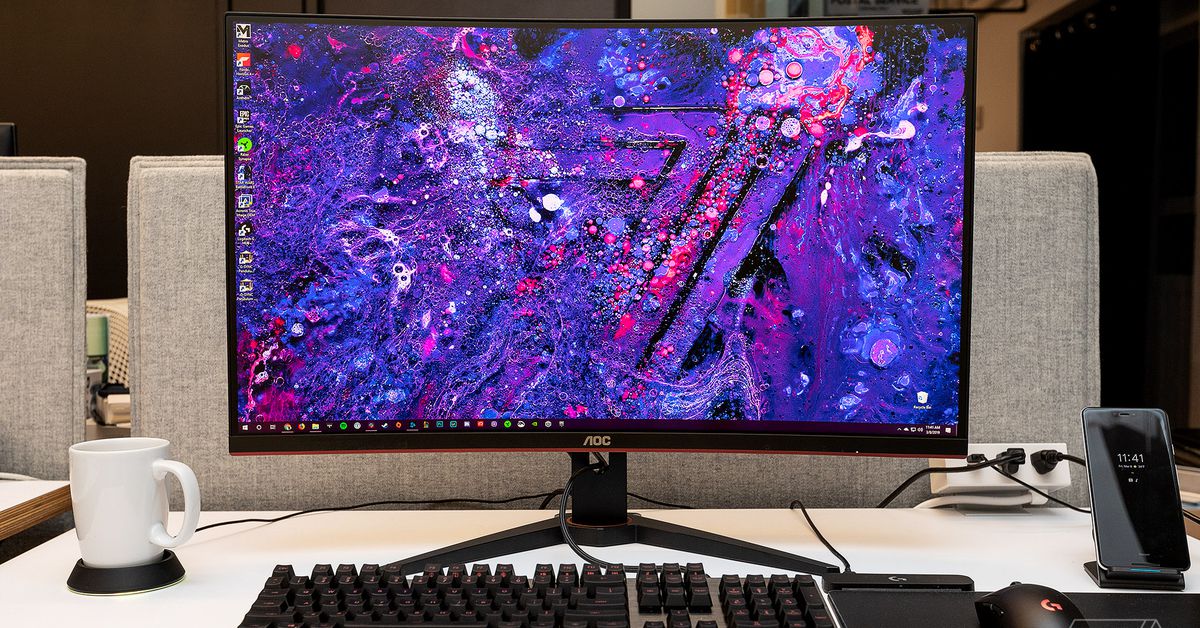 How to enable Nvidia G-Sync on your unsupported FreeSync monitor

You may even have a good experience — at first.

All other factors being roughly equal get the curved one. IMO