This week has been interesting to say the least. However, a couple of days ago I resumed my search for a new car (well, a new used car). I found a single image that I remember looking at and instantly realized I was looking at my new acquisition.

I emailed the dealership and received a reply within minutes. The young man who responded was happy to help me and asked when I wanted to test drive that car. Also would I like to have the CarFax report emailed to me so I could go over it?

I contacted him back and said I could meet up on Saturday around noon… I woke up Saturday knowing I was going to get my new vehicle. I love moments like that because they happen too infrequently and far between. Its different with each one depending on what it was that I was seeking…but the feeling is always the same. I was expecting it and only needed to pick it up, or act upon it, like I did when I knew I was enrolling in college the same day my son was attending his orientation for the new semester. Odd how these things occur.

Anyway, my new acquisition is a 2010 Honda Fit hatchback. Silver in color with a gray interior. Its actually beautifully designed in my opinion. As soon as I got in and started the test drive I knew it was mine. I love when things come together like that.

One person owner, well kept, low mileage, no accidents and complete record of all maintenance from the day he bought it new. To me it still felt new. Everything was comfortable and even the car smelled new…love how well he took care of it. 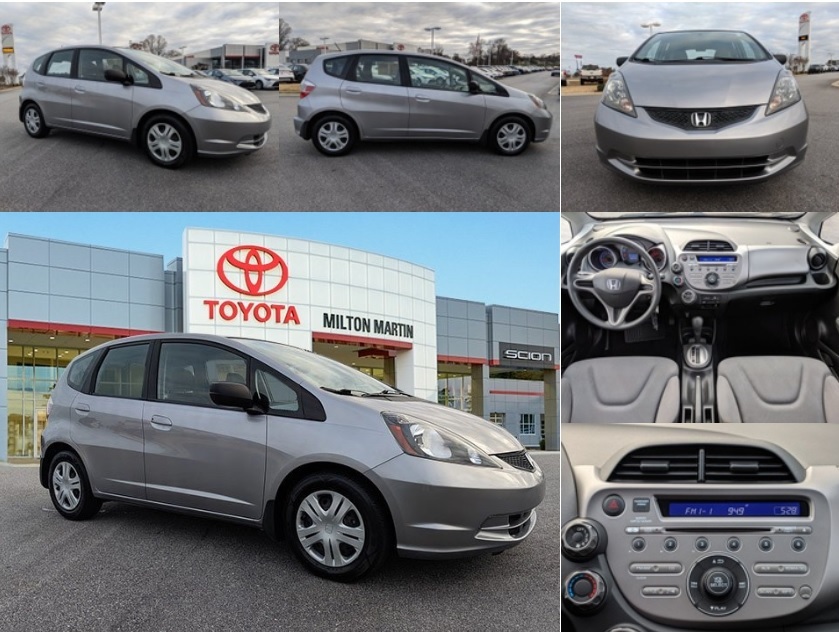 So good on you! (And it looks neat)

I absolutely adore my Fit… It’s my favorite car of all time!

My mechanic actually suggested I look at the Honda Fit because he felt it would be a really good investment and save me money because of the maintenance record for those cars. My dad owned Honda’s for years and would not purchase anything else. Having been a pilot in WWII he was very conscious of the value and quality of really good transport (pun not intended), especially since he survived bombing raids in his flying fortress over the Pacific.

I have had a civic before…one of those early 70 shoes (if you get my drift). I really liked it and found after trying several other cars (VW, Ford, Chevy, Subaru, then Toyota), I settled on Toyota because of their value and quality, as well as the cost being a bit lower than the Honda’s of the same year and similar models.

But this one was a great find for me. Not expensive based upon its age and how well it was maintained. You can’t beat anything better if its well maintained, especially in a used vehicle. This one feels brand new …its almost like he rarely drove it and kept it in the garage most of the time.