How do you handle Telemarketers and Telesales calls

The more calls I get the more irritated I get with the reps. Recently I had took on a guild mates advice to try to remind them they are also on my time which is billable so far no stop on some. The other option I just tried yesterday, after being told the person was with Microsoft Windows 10 support, I elected to tell him my computer needs a part but its on board my flying saucer. I need to fix it for I can get to the other side of the galaxy. I kept telling the person I need to get it fixed. Eventually I hung up. The next one I may boy do you have the wrong house we only buy Apple Computers. =) take care all and have a great weekend.

BTW if you need some names there is a planet name generator and space fleet generator on the Fantasy Name Generator website,

Tell them it is a work phone, they will hang up quick.

My husband mutes the phone and puts it down, letting them keep talking until they realize he’s not there. When he told me he did this, I was so proud of his ingenuity. I generally don’t answer numbers I don’t have saved, so I don’t have too big of a problem, but because he’s the IT guy at 2 schools, he has to answer every number during work hours because he doesn’t have the entire faculty and staff saved.

On my personal phone i usually just don’t answer, especially when the caller id matches the first 6 digits on my phone number, I know that it is a spoofed phone# and spam caller. After i get the missed call I block the number.
At work we get 20-30 robots and people trying to sell us crap and offer us their services, i immediately stop them and tell them that we are not interested in whatever they are selling, remove us from your list and never call here again. I am very rude with them so that they get upset and don’t call back.

Just don’t engage with them. I generally won’t answer calls from any number I don’t recognize, unless I’m expecting an unusual call. If it is something legit and important, they’ll leave a message.

When I do answer the phone and someone starts in with the “May I speak to so-and-so?”, I immediately ask “Who are you with?”, and I refuse to have anything remotely resembling a conversation until they answer that. At which point, I immediately say, “I’m not interested” and hang up.

I feel no compulsion to be polite or friendly, but I’m not going to waste my time playing games, either. Get in, get out.

I use nomorobo. If they get through that, most don’t, I ignore the call if I don’t recognize the number.

Don’t answer the phone when the number is unknown. But over here we don’t have much problems with it, since it’s actually illegal for them to do it, and after a number of rather large fines, and the phone companies actively blocking ‘known’ robocallers, I’ve not had one in years and years.

99% of the time I never pick up calls I don’t recognize the number. If it’s important they’ll leave a message. When I’m sitting at the computer and it’s a number I don’t know I’ll quickly type it in and do a search. The vast majority of the time it’s a confirmed spam caller. Still don’t pickup even if the search comes up empty.

I’ve strung a couple along for up to 3 or 4 minutes sounding like a drunk parrot before they finally hang up - “hhhheerrrrrreoooowwwwrr?”

I don’t pick up. I don’t have a land line, at least not one whose number my wife and I know or have ever given out to someone. When we moved to this house we decided to just go with our cells as primary contact. The land line we do have is bundled with our cable/internet. We’ve repeatedly told them they could save money by just not giving it to us but they insist on having it live. Whatever.

Of the calls that come to my cell, most spam calls are obvious. They have the same area code and prefix as my cell. So it looks like it is coming from a cell phone. And there’s only one person who has cell service from the same company and the same city as me. My wife. And I kinda know her number.

So any others, if they’re not blocked by the voodoo spam blocking that’s baked into Android now and it isn’t IDed by my contact list, they can leave a message.

Now if only my cell provider would understand that when I block a number that doesn’t mean “send to voicemail.” It means blocked. I still have to clear out voicemails. That is another peeve. Can we get the cell phone providers to understand that we don’t need the date, time and number of the caller prior to each message? I have it right here in my cell’s call history. I don’t need to wait 30 seconds for it to be read out like I’m still living in the late 80s just to hear the message starts in the middle of a sales pitch to hit the button to delete.

All this right there.

Unless I’m expecting a call, I don’t answer if I don’t recognize the number. Answering a robo call just ensures you will get more - verified number.

I ALWAYS insist the caller say who they are first. That is basic, common business courtesy - that was taught when I was young, at least. You called ME! Rude to ask who I am without saying who you are. Irritating me is the wrong way to start a legit call…

If they are legit and your number is on the do-not-call registry, you ‘have a relationship.’ Some agreement you accepted some time that gave your credit card company, bank, etc. - and any company they have a relationship with - permission to call you. Those you have to ‘opt out’ - tell them to remove you or find their ‘opt out’ option on their web site. (Or just stop answering, if you can.)

You are not going to stop the scam calls by answering them. It is already against the law for them to call - they aren’t worried about you reporting them to the FTC do-not-call registry because the number/company isn’t real. Don’t answer them. Or if you do, have fun and waste their time - if you have the time.

Good question and one I struggled with for quite a few years. I did find an answer.
First, recognize that all professional telemarketers use computer generated dialing. In short, the program waits until you answer before it keys the telemarketer–that is why you have a noticeable brief wait until a person responds to your “hello”.

Second, almost all of the computer generated programs recognize an answering machine, or other device as “not a person” and discontinue the call. Thereby not wasting time and money on an unanswered dial out.

Third, as long as it gets an open line signal on the line ( and all phone numbers are sold lists so there is a constant refinement process) it will continue to call until it gets to a person, or until some preset number of "no answer " occurs then it refines that number out. I have no idea of the pre-set value but suffice to say that your phone number is just one of many bits of information avialable for sale.

How do you beat it–simple use technology to defeat technology. (No amount of putting the phone down, hanging up etc .will work–telemarkateers don’t care if they piss you off–it’s all about volume)
So use something like this: 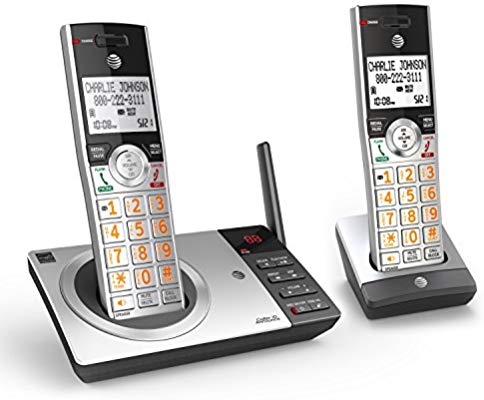 The above has five different settings pre-programmed. I use setting number 4 which requires a person to ID themselves and take an action ( in this case press # key) BEFORE they ring through on the phone. In short I never even hear the telemarket call ring in because the telemarket dial program cannot press buttons. Friends and family are usually smart enough to follow the simple answering machine like instructions the phone provides.

Best $65 I ever spent. It is for a land line, for cell I simply do not answer but to be honest I do not use the cell for that much–I purposely route everyone ( your preferred contact number etc>) through the land line, that way when they sell the number the telemarkter runs into a brick wall.

I have eliminated all robocalls since I installed this system. ALL robocalls. Ahh peace in my household.

If I have the time I like to play with them and waste their time.

Register your phone numbers, you have to do this again if you get a new number!

It actually works to cut spam calls for me!

It helps, or did when I first signed up for it, but the sad fact is it only cuts out the more legit spammers. There’s a big ol’ swath out there who just don’t care. Plus all the charities and politicians.

I’ve been on the do-not-call list for ages, and still get 4 or 5 calls per day.

Still worth signing up, though.

The “do not call” list only serves to confirm your number as active to the telemarketer–mostly because State AG"s no longer bother track and prosecute–and since most originate from or route through foreign countries–where they have no jurisdiction–they no longer bother to try. It worked at first then the scammers found a way around it.

I have done this and get no calls anymore. if it’s not a number you know, you answer the phone and then state some company name. they talk and then you state, may I have your full name please and the company you work for spelled out. then ask for verification of the name and the company name. Then state the FCC will be interested to know this information as well as the lawyers. As I’m sure you are aware. It is illegal to call someone whom is working on a manufacturing floor while they are at work as it puts their lives and others in possible dangerous situtaions. Punishable by having the company closed down and being fined up to 2 million dollars plus any medical expenses that might incure. So you wish to continue the conversation or can I get back to work?