After nearly a half a dozen $40 gaming headsets that have self destructed every year or two I finally broke down and got a good set of higher quality headphones and a separate stand alone microphone instead of a gaming headset. I looked at the high end gaming headsets, but after watching videos and reading many many reviews and slogging through a lot of audiophile technobabble I was convinced I’d be happier with headphones that excelled at being headphones and a separate quality microphone - both of which should last at least 5 years, hopefully closer to 10 years. The number one complaint on even the crazy expensive gaming headsets is that they broke in the first year or the sound or voice quality was bad or inconsistent.

Sound quality is amazing both in and out - and as a bonus I can enjoy a cup of coffee or eat without having to repeatedly move the mic, or worse forgetting to.

Spent a bit more than I originally envisioned, but I paid up a bit for exceptionally comfy ear pieces and headband in addition to the very high reviews for sound quality.(Wearing headphones for long gaming sessions tends to give me massive headaches!) Though I did watch https://camelcamelcamel.com for several months to get the headphones for $140 instead of the usual $200+ price. The Yeti Nano just out a couple months ago is probably beyond what I needed, but the smaller size, high quality build, great sound and geek factor sold me.

Update 3/2019 - Added a 4 port audio switch box so I could stop plugging and unplugging different devices. Now I can switch the headphones from voice comms on my laptop to desktop sound or the TV with a press of a button.

Even made a mic and headphone stand out of PVC pipe to keep everything in easy reach next to my chair but out of harms way. I’ve damaged at least 2 headsets by sitting on them and even dunked one in large glass of water killing the mic. 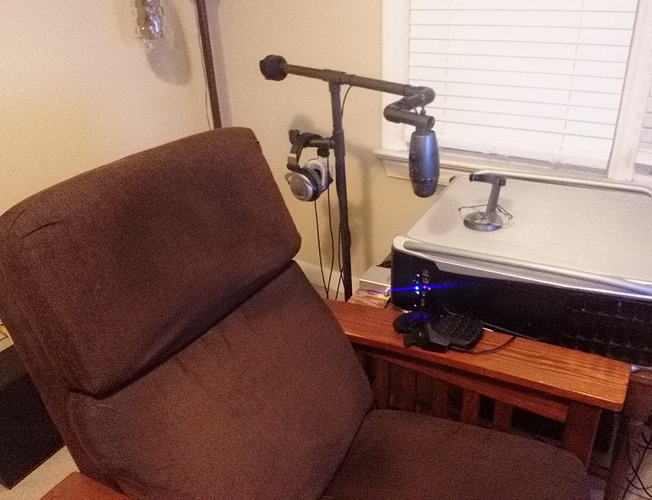 Very nice! I didn’t like the idea of a separate microphone due to inconvenience of taking up desk space and getting in my way. But the DIY PVC idea looks promising. Speaking of dunking, I killed the VR hand controller for the Daydream headset I had by putting it down … right into a glass of water. This was before 3rd party controllers finally came out and Google refused to sell controllers individually.

Nice headset and mic arrangement, but I have to say I much prefer my mic attached to my headset. My son recently broke his old headset (at least 2 yrs old) and I decided to give him an early BD present.

Since he really needs a solidly built one that the ear cuffs won’t break off on him, I did some research. I found the HyperX Cloud II for pcs (could not afford the next level) and it appears to be a really good buy. The mic can be unplugged from the headset and placed to the side when he does not need it (which is usually the case) so he’s not bending or pushing anything protruding from the headset that could break after a bit.

The quality of the build seems really solid. I looked at the only unboxed one at BestBuy yesterday, but it was the next level up and a bit out of my range at almost $150. So I nabbed the lower cost one ($99). I had over $60+ store credit to apply to it therefore I ended up paying only about $33 for it (including tax).

This one should last him a while. I chose the RED color which you can click on the page to see it. Here’s a link to info on it.

When I was researching what was out there the various HyperX models consistently came up in the lists along side the SteelSeries, and higher end Logitech and Corsair headphones. A recent couple week old review article has HyperX as two of the top ten again. 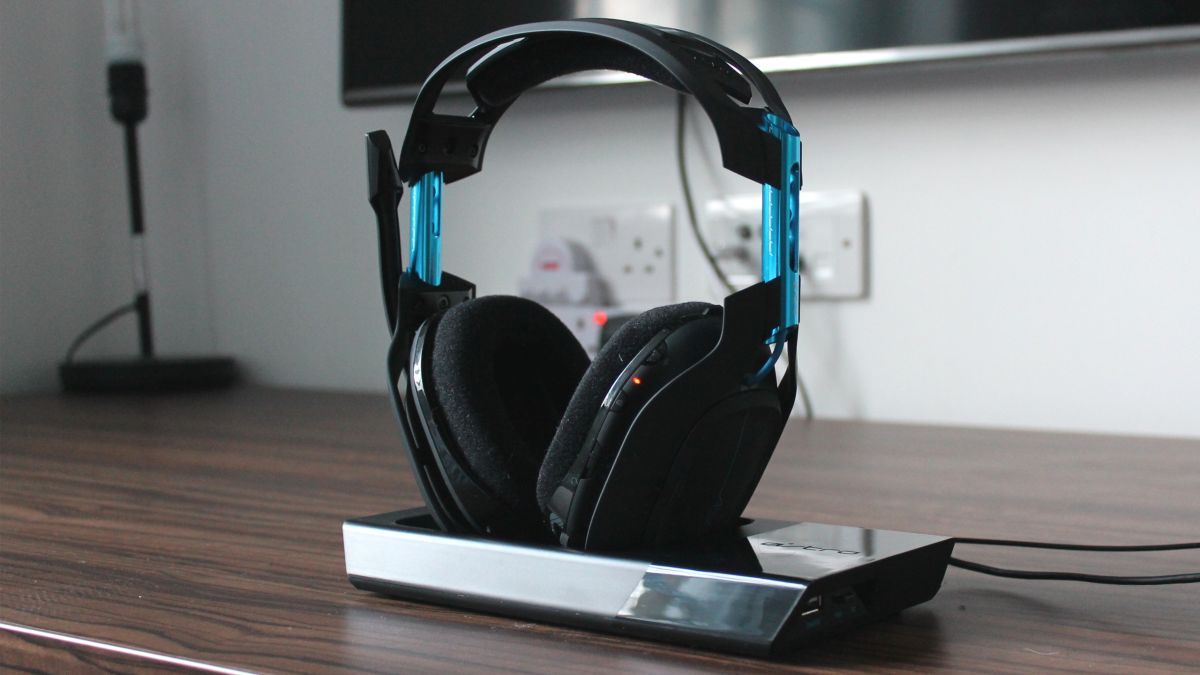 My setup has worked out as well as hoped and better. While I conceptually understood what high end users meant by quality headphones having a bigger ‘soundstage’, experiencing it is a completely different level of understanding. On high quality music or movie recordings there really is an experience of sounds coming from vastly different distances away in a space that amazingly really does seems far larger than the speakers on either side of your head.

I bought an inexpensive 4 port audio switch(updated above) so I could quit plugging and unplugging things when I wanted to change from using the headphones on my laptop for Discord/Vent/Mumble, to the desktop for music, audiobooks, and movies, and even connected to the TV for late night watching. (Though now I’ve probably spent as much as a cheap set of headphones for audio patch cords alone! sigh)

Yea…I am really impressed with this HyperX Cloud headset. So much so that when mine decides to bite the dust, I will probably look into getting one for myself…but that might be a year away from now as I’m not as hard on my equipment as my son is.