So, I just learned that there will be a new edition of the Cyberpunk TTRPG released next month. (Apparently there was a preview of sorts called a Jump Start released last year).

I never played the original but it always looked interesting. With the upcoming release of the new Cyberpunk CRPG I am curious as to how the experience might translate to tabletop. 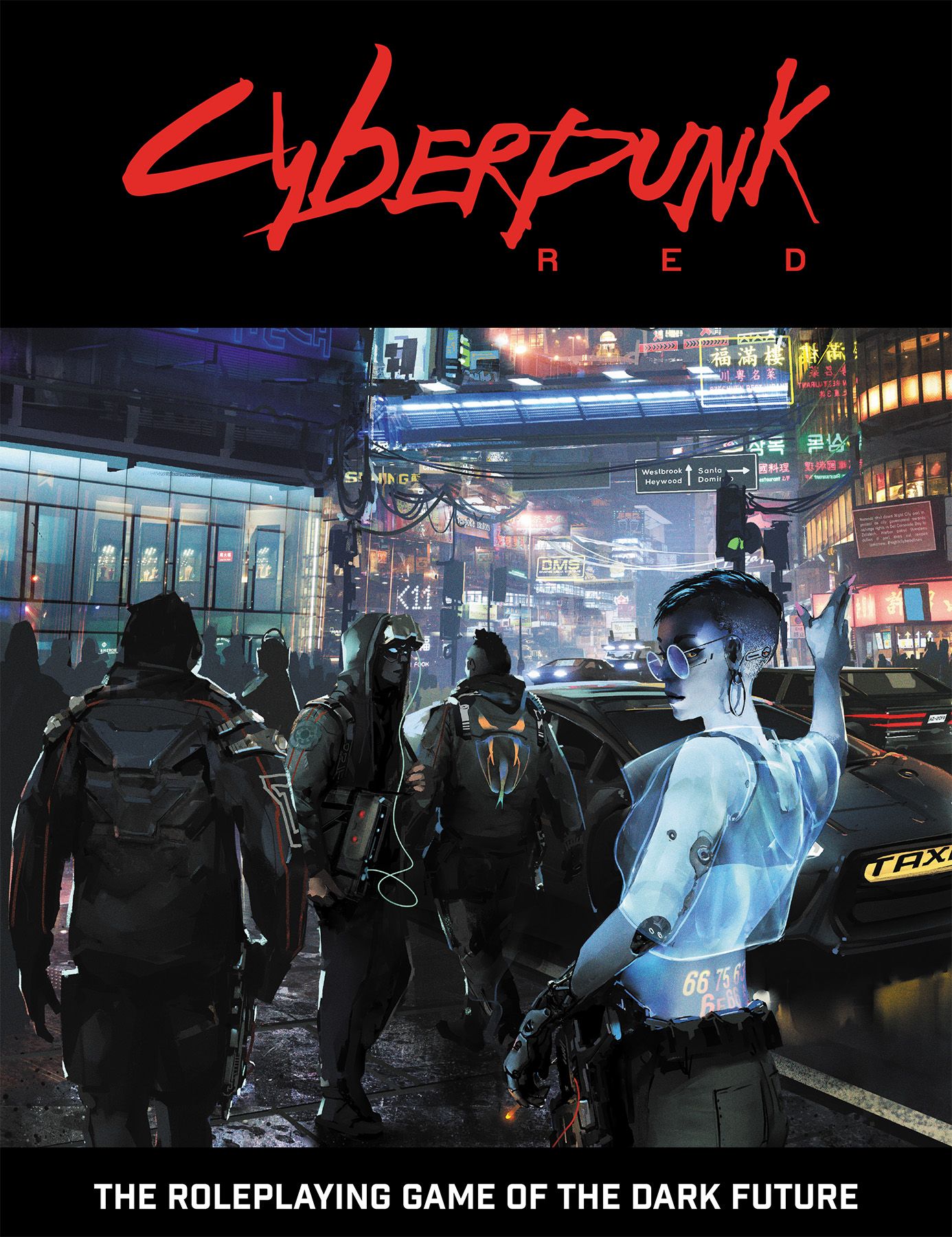 Since Cyberpunk RED has gone to the printer and hurdled through the proofing stage, we’ve decided to throw open some doors and offer some details over the next few Fridays. Let’s start …

I saw an interview with Mike about that… 4 years ago? Something like that. It’s basically set somewhere between 2020 and 2077 with kind of a description of what happens in between.

Always sounded very neat, but I doubt I’ll be able to get anyone to play it with/with me.

I’m fairly heavily committed to a couple of weekly game nights but I think I’m going to buy the rule book anyway in case I get more time in my schedule.

I’ve been watching this session: https://youtu.be/ruIl56IKRFo

That GM is pretty awesome. He’s definitely got a Morpheus vibe going on.

That’s Mike Pondsmith, the creator of the Cyberpunk 2020 rules and the Night City setting.

If you’re going to play Cyberpunk be aware it’s a very unforgiving combat system. If you are a ‘dice fall where they may’ type GM/player then you’ll be rolling up characters fairly often or avoiding combat as much as possible. The Red reboot only ameliorates that trend by a bit, it’s still very much an old school crunchy system. It’s certainly not a full reboot like Shadowrun 6th edition is to 5th edition.

It’s the Cyberpunk rules I cut my teeth on back in the late 80s before the group heard the siren song of glitz and success and moved to Shadowrun.

I’m embarrassed to say that my only experience with Shadowrun has been with the isometric CRPG that was released a couple years back.

As a player I’m a lot more of a stickler for dice rolls than as a GM which is odd because I hate losing characters. I used to DM 1st edition AD&D as a kid and I would (secretly) fudge the dice all the time to keep my friends’ characters from dying. Somehow as a player though it feels like cheating.

Shadowrun has been through a bit of a rocky stretch lately. The 5th edition pissed off some of the fans because it was poorly edited and had changes they didn’t like (fairly typical of a rabid fanbase) but 6th was a major overhaul and pissed nearly everyone off. It grew into a very crunchy system, extremely so, and catalyst was trying to streamline it for the current rules light trend. Not much of a success for new players or old, unfortunately.

I preferred the ‘pure’ cyberpunk approach of Cyberpunk 2020 rather than the Cyberpunk/Fantasy fusion Shadowrun is, but you go with what your group wants.

R. Talsoriuan jsut announced a release date of nov 14 (digital only)i think it was, and 19th for physical. and will be having sneak peaks on their website every friday leading up to release. There was something hinted at as some event that the digital was being released for.

I am very much looking fwd to this. Used to play a bit of it back in 19… err a while ago. I will be running a local game for 1 to X number of players which i think this genre lends itself to, and am looking forward to that. The other primary player is also a GM, so i might get a chance to play too.