Got a chance to work with some devs on testing the Mantis before it goes into the game officially.
They wanted us to sit in the lane and try to interdict people then kill them.

We had some success, lots of crashes, and a good bit of fun.

Will try and get a screenshot in asap, maybe even some video 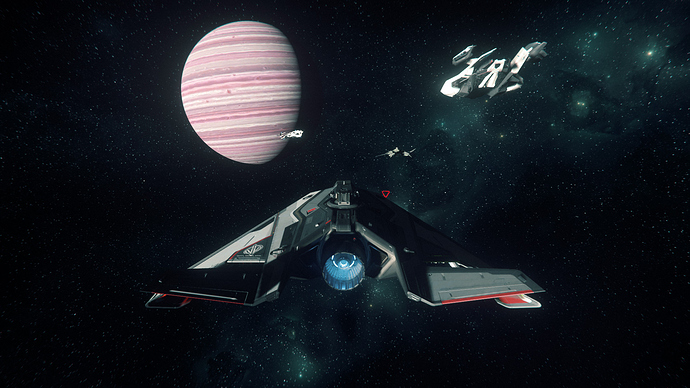 Notice there are 2 Mantis. One for pulling ships out and the other for keeping them locked down.
We hunted for about 4 hours. Fun stuff

Nice. “Kill them” with the 2 Mantis’ only? Or with support? A “big” catch might not be an easy target…

The Devs had pulled a few of us in to test the viability of using the Mantis to trap and destroy targets then snag their cargo.

So basically it was 2 devs in mantis’s (Manti?) and about 6 combat ships and 2 cargo ships to pick up anything that dropped.

We launched from Daymar toward PO, dropped out at halfway point and sat there with the interdiction field on. Pulled quite a few out of QT, but it was buggy and crashed the server mostly. We did manage to get a few into combat a couple of times, and then the server chat went wild. It was funny. As soon as one person realized it was not an NPC interdiction and they saw one of the Mantis, everyone was trying to get interdicted and jumping to party members who had been interdicted.

Ended up a decent test, showed that the best way to overcome the interdiction was to just jet away until out of range then jump.
Not a particular event I would normally be a part of, pirating people and all, but it was fun to test in that situation.

Thanks for the update Simdor!

I got to fly one around a little last night. It was quite a bit more agile than I expected which should add a little to its surviveability as everyone’s primary target. 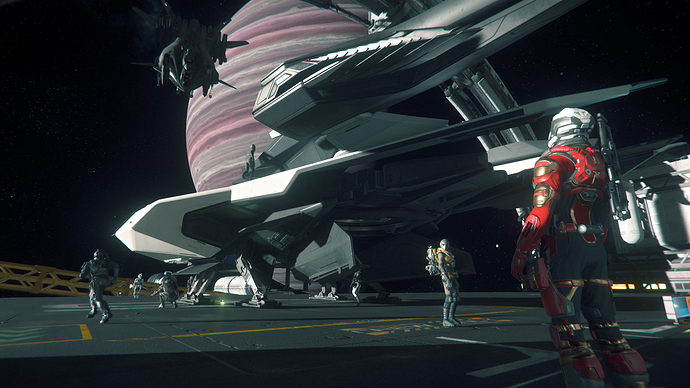