I’m truly pissed off and Angry at the world.

I was having a pretty good run of things with only a slight injury a few weeks ago. But today or technically yesterday just before it was time to unbox my new awesome Gaming Beast of a machine.

My hired muscle was here, I got him to empty the recycling (because of the Sardine cans for the cats) then out with the compost too, because he forgot to do it on trash time Tuesday.

Then I asked him for my flybuys card so I could take a photo of it for a digital record. Flybuys is a point collecting loyalty reward program for when you buy stuff. Trying to take the photo of it was pissing me off because the shadow of holding the phone above kept making the card number unreadable, so I had a great idea.

I put a little water on the back of the card then stuck it to the kitchen cupboard to take the photo. Genius ideas are my speciality after all.

Scott had a bit of a laugh at how pedantic I can be. I’m smiling and happy because there is a great thing about to happen in my office, nothing could spoil my mood. As soon as we get these boring tasks out of the way first. Well I got a great shot of the card.

I was crouching down to take the photo.

So it was when I got back up again that trouble struck. I didn’t fall or anything like that but seems the bottom half of my body moved too fast for the top half, I yelled out loud enough to wake the dead and scared the crap out of Scott. I have a very powerful voice. There was some very very colourful profanity that accompanied the scream.

So now I have yet another compression fracture in my spine. Plus 4 weeks of incapacitation & excruciating pain caused by the edema around my spinal cord. Life sometimes really sucks.

My anger is at our maker, why did I have to be born with this genetic defect. I live so restrictive to avoid too many injuries, but still I keep breaking apart. It’s just not fair.

Long before the days of Political Correctness the nickname for Osteogenesis Imperfecta was Humpty Dumpty Syndrome. It was an apt nickname.

But if you remember the nursery rhyme, here I’ll tell you anyway.

It’s just like this nursery rhyme was written for Osteogenesis Imperfecta and Humpty Dumpty was an egg with arms and legs. Those unlucky enough to be born with type 3 are actually very much like egg shaped bodies. So with the advent of a politically correct era. The nickname is no more.

I was wrong about the mood spoiler factor up there too. My computer is NOT YET set up properly because my concentration was up the Wahzoo. But @Alphea will be happy to know I directed Scott on how to open the box. The right way.

Thanks for letting me ramble on even though you didn’t actually get a choice in the matter. But it felt good to get it off my chest.

But @Alphea will be happy to know I directed Scott on how to open the box. The right way.

lol but doesn’t everybody know that, or just people that had to open boxes with heavy things in them with a bad back
So sorry about the compression fracture , its remarkable you can recover partially at least in only 4 weeks . I know some of what your going through as I incurred 7 wedge fractures of my spine and lost 3 " in height after getting thrown off my motor bike and propelled head first into oncoming traffic I’m still paying for that 40 years later.
Saying that here is a picture of my favourite bike from all the ones I owned and rode daily 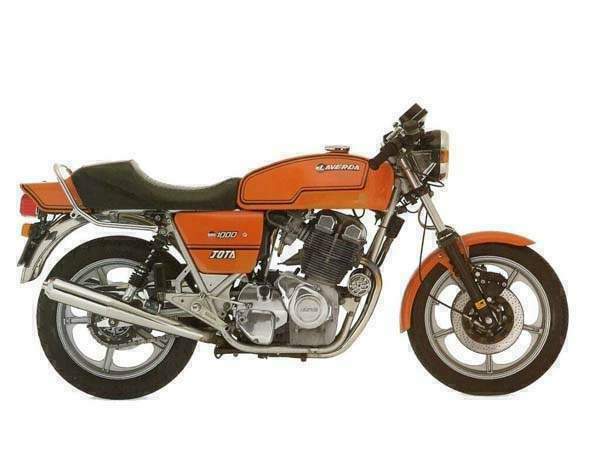 I believe some of us are tasked with things just at the limits or our tolerance. Sharing the bad with others allows us to lend or attempt to lend a hand of consoling. Our part is to help you deal with the hand you were dealt and your part is giving all of us a serious reality check that maybe, just maybe we don’t have it so bad.

I wish you a speedy recovery!

Thank you @Nitro and @Decebal

@Alphea that method of box opening I once saw on a YouTube video which was a compilation of things people were doing wrong all their lives and it also included items that people never knew the use of.

As for the 4 week time frame. That’s for the swelling to subside around the spinal cord. The actual compression doesn’t uncompress.

I also have lost lots of height too. I wasn’t that tall to begin with so losing inches super sucks.

Our part is to help you deal with the hand you were dealt and your part is giving all of us a serious reality check that maybe, just maybe we don’t have it so bad.

LoL Leo my husband was having a shitty time with the Chemo. It was making his blood pressure unstable and a bit too high, so they put him on medication to control it, then that medication made his feet swell up to crazy crazy levels that his skin was seriously over stretching, he was having to use foot balms and a like to soothe his feet it was getting him down and it was hurting him,

so then the doctor decided it was time to try the diuretic. Which as you know makes you pee like crazy.

He got so fed up with one medication leading to the next that he decided stuff it all he is quitting all these extra medications.

He was ever so happy and seems his blood pressure sorted itself out. He is still doing the Chemo of course because it’s the only thing keeping him alive. He is not ready to kick the bucket just yet.

Considering everything. I shouldn’t complain because it doesn’t compare to my husband’s fight for more time on earth.

I really want to get online and play star wars but I’m worried that @Duvago will make me laugh like he usually does.

I’m being a chicken but watching comedy or hanging out with awesome friends with an uncanny ability to put you in a fit of laughter is a serious health hazard at the moment.

I learned a few years ago when a guildy introduced me to Mrs Brown’s Boys. Do NOT watch this show when you have a broken back.

Funnily enough I just watched the latest DVD we got with a couple of new episodes the day before I did this.

Ok funny but soothing for you…Have you ever watched Joe Pera? He is one of my favorite comedians, it wont make you laugh out loud but he has a soothing way of just making you feel good. Trust me on this…just try some of his work. You Tube or Adult Swim on Cartoon Network. Watch at least two episodes before you judge.

@Nitro do you have a link I can click pretty please?

Its not comedy you’re used to its feel good comedy.

The heroine of the story is a deputy sheriff and about to go to a gala fund raiser and she is out shopping for something to wear with her very rich best friend and getting advice so she doesn’t turn up in jeans and cowboy boots.

Oh and it’s set in Dallas. Well just outside in a fictional place called Titanville.

She’s having an apoplectic fit at the price tag.

“It’s Donna Karan. Her clothes are beautiful and I think they’d really suit your body.”

“It’s a designer label.” Lexi sighed. “Dana, this is what quality clothes cost.”

“Are they sewn by albino virgins born on February 29th?”

End Quote - Hot On Her Heels by Susan Mallery

LoL it was the last line from Deputy Dana that set me off.

sorry for your pain I know from my heart condition how much it sucks to be restricted. Please take care of yourself and you will get that computer together soon enough.

I just got myself a chair for a little retail therapy. 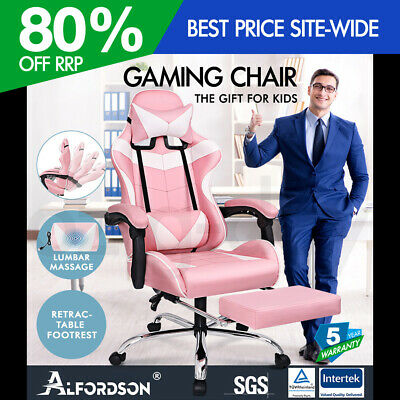 Oh My Safari, I acknowledge you are justified in making your rant. Thank you for sharing it with us, I care, we care. Hugs, looking forward to chatting sometime soon.

i saw the photo before i knew you posted it. My first thought was Safari needs to see this. You were way ahead of me. Its perfect!

It states ‘Gaming Chair’ and ‘The Gift for Kids’.

I guess this is the proof we never really needed to confirm what you all know about me. I have never grown up. Which is true literally and metaphorically. You know with being such a shorty and still shrinking.

This chair was made for me, I mean sheesh what KID needs an incorporated lumbar massage feature. LoL

I’m sooooooooooo excited I can’t wait for it to arrive. For another great cliche, I’m like a kid waiting for Santa on Christmas Morning.